A brutal combined showing from Bangladesh’s batsmen saw them post their second-highest T20I score before a five-wicket haul from Shakib Al Hasan secured a series-levelling win against the Windies.

Liton Das’ 34-ball 60 was the headline act with the bat, setting the tone for a dominant display. He struck eight boundaries in his first 16 balls, including two pairs of consecutive sixes off Oshane Thomas and Carlos Brathwaite, to get his side off to a rapid start, ploughing on despite the loss of Tamim Iqbal for a scratchy 15.

Soumya Sarkar provided solid support as Bangladesh consolidated on exiting the Powerplay, before a 16-run 10th over signalled a change in intent. Keemo Paul was the unlucky bowler, though he didn’t help himself, bowling two full tosses, each of which were punished, before dropping short and being pulled. 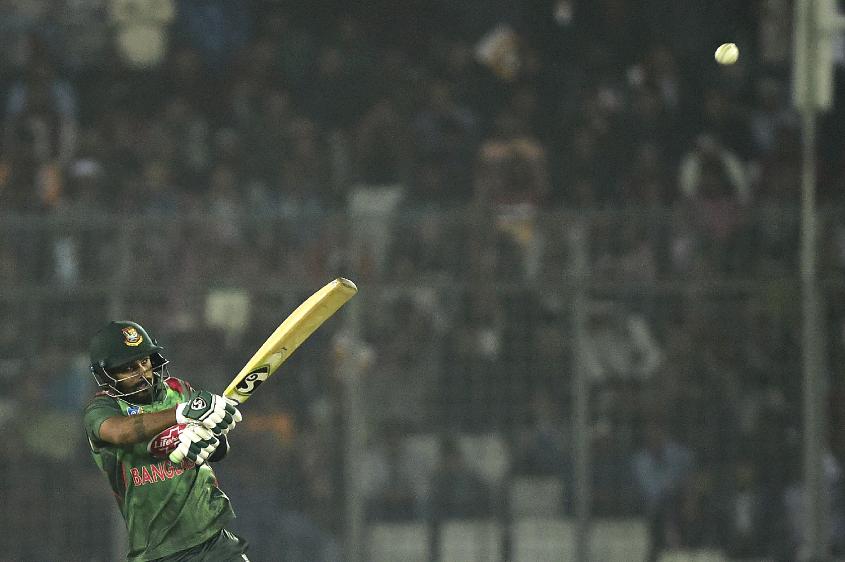 Neither batsman lasted much longer, with both falling in the same Sheldon Cottrell over. Sarkar was victim of an extraordinary catch by Windies captain Brathwaite, who leaped and parried a firm shot at extra cover, before turning and diving to take the rebound, and Das fell four balls later, bowled attempting to cut a delivery that was too straight.

When Mushfiqur Rahim fell in the next over, holing out off Thomas to deep midwicket, it appeared the tourists were reining things back in, but Shakib and Mahmudullah ensured Bangladesh received a big finish. 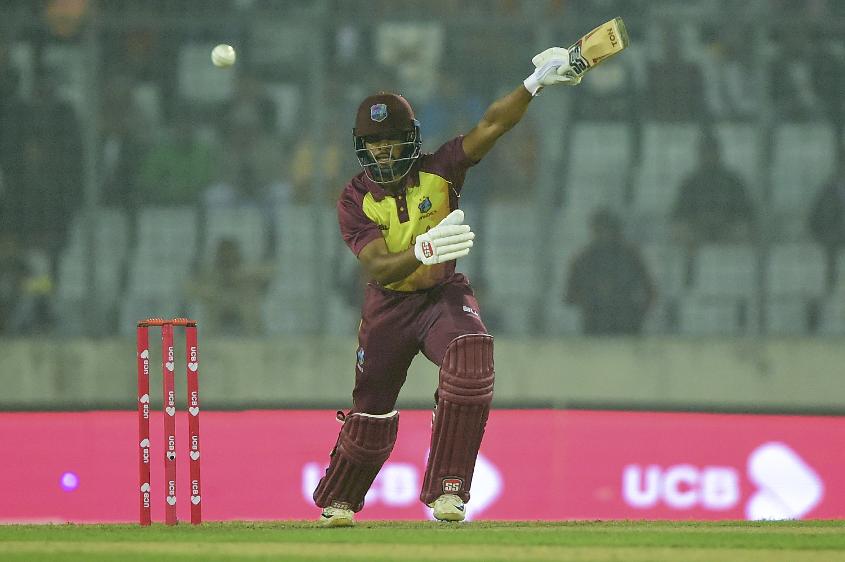 Mahmudullah’s first three balls, each of which were hit for four, snatched back momentum, and when the pair plundered 55 runs off overs 16-18 to leave Bangladesh 195/4, their highest-ever total – 215/5 set against Sri Lanka in March – was under threat. Paul and Brathwaite rallied to restrict their opponents to 16 from the last two overs and avoid that unwanted record, but the total of 211/4 still looked match-winning.

Still, nothing is impossible for a powerful West Indian side, especially one containing the in-form Shai Hope, who came into this match on the back of two consecutive ODI centuries and a powerful half-century in the first T20I. He looked to be continuing in that vein, taking Mustafizur for four consecutive boundaries as West Indies raced to 50 inside four overs. 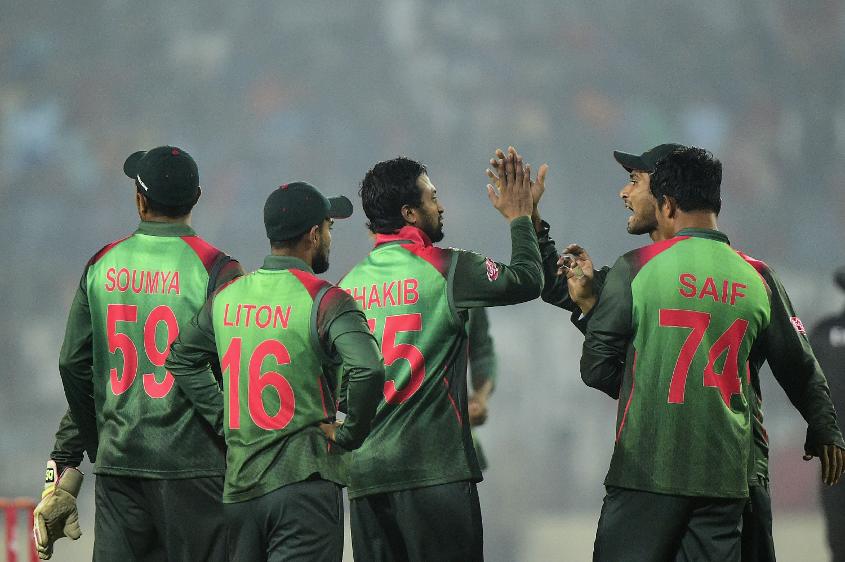 When Hope and Nicholas Pooran fell in the space of six balls however, the former holing out of Mehidy Hasan Miraz and the latter top-edging a sweep to become Shakib’s first victim, West Indies were three down inside the Powerplay, compounding the earlier loss of the destructive Evin Lewis, who was caught in the deep of Abu Hider. The game was effectively over as a contest.

Rovman Powell and Shimron Hetmyer attempted to rebuild, but forgoing risk meant the asking rate spiralled, and when Hetmyer and Darren Bravo both fell slogging in the same Shakib over, Windies were 101/5 and the required rate was above 12 runs per over. 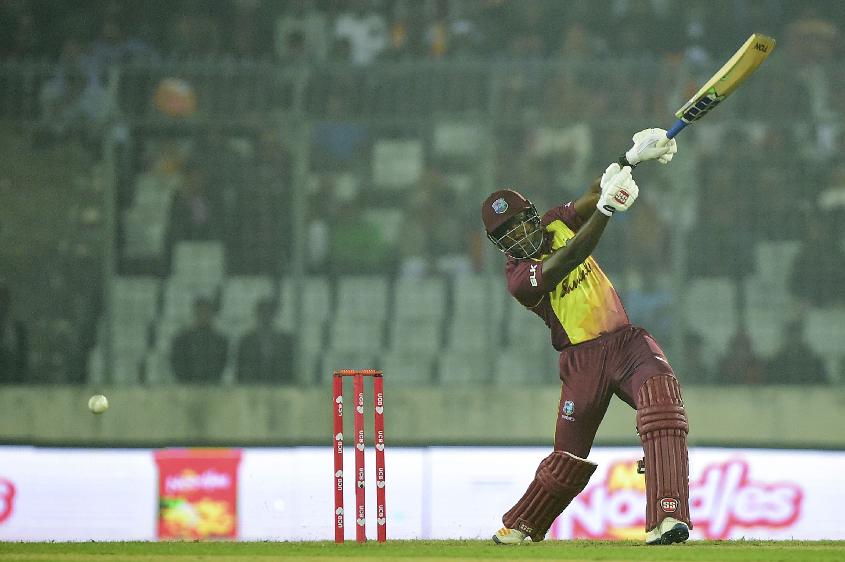 Powell was able to restore some hope when he struck three fours and a six off four Hider balls, but he had to contend with a rising rate and loss of partners, with Brathwaite stumped off a Shakib wide and Allen bowled to complete the all-rounder’s five-for. When Powell fell, skying to mid-on off Mustafizur, the game was truly up.

Some tail-end hits from Paul allowed West Indies to struggle past 170 but it was merely a consolation, and he soon slogged to deep midwicket off Mustafizur. Mahmudullah’s dismissal of Thomas, bowled for a duck, sealed victory by 36 runs.