After impressing Chris Gayle with his breakneck speed – he can clock upwards of 150kph – in a practice game, Thomas was called up to the Jamaica Tallawahs squad in CPL 2016. In the next season, Gayle moved to St Kitts & Nevis Patriots, and Thomas harried him with pace and bounce. It was in 2018 that he made a bigger impact in the CPL, with 18 wickets in 10 matches, just four scalps behind the chart-topping Fawad Ahmed.

Thomas made his ODI debut against India in Guwahati last month and clocked 147kph, 147kph, 140kph, 149kph, 147kph and 147kph in his first over – the last ball having Shikhar Dhawan drag a short one onto his stumps. Pace is his calling card, but he regularly erred with his lines and lengths in the two ODIs he played. Nevertheless, that pace had Tom Moody gushing on air when he yorked Shai Hope in the CPL. That pace prompted Moody to draft him into Rangpur Riders, the franchise he coaches in the Bangladesh Premier League. Next stop for Thomas: Sunrisers Hyderabad in the IPL? 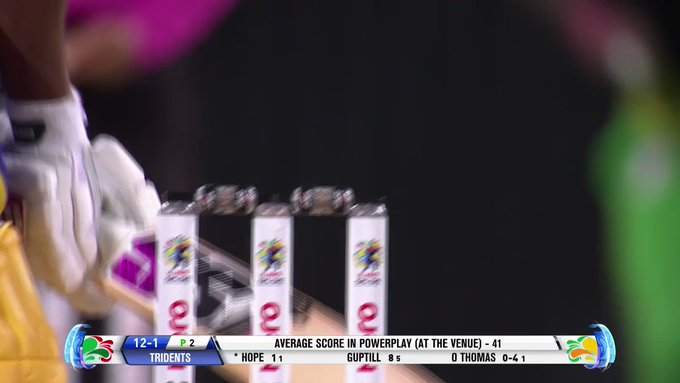 If Thomas is about searing pace, then St Lucia Stars’ McCoy is about pace variations. His left-arm variety was a silver lining for Stars in an otherwise doomed campaign. McCoy played only seven matches for Stars, but still ended as their joint-highest wicket-taker with nine wickets at an economy rate of 7.80. Earlier, in the Global T20 Canada, he starred for West Indies B in their run to the final, with 11 wickets in seven matches. McCoy’s next assignment after the India tour is a T10 league gig with Northern Warriors.

The 27-year-old left-arm spin-bowling allrounder, who scooped the Man-of-the-Match award in the CPL 2018 final, is a player in the mould of India’s Ravindra Jadeja. He’s a popgun firing darts with the ball, handy hitter lower down the order, and an excellent fielder. And on helpful pitches, he can turn the ball sharply too. Case in point: he drifted one into Barbados Tridents’ Steven Smith and found ripping turn to have him stumped for a duck at Kensington Oval.

With his mentor Sunil Narine and Fawad Ahmed being the frontline spinners at Trinbago Knight Riders, Pierre got only seven matches in the CPL, but still impressed with an economy rate of 5.65. He’s set to join McCoy at Northern Warriors in the T10 league. Is he on KKR’s radar in the IPL as well?

Those who hadn’t watched Hetmyer’s breathtaking ball-striking in the CPL, sat up and took notice of him when he shellacked a 78-ball 106 in the first ODIagainst India in Guwahati. He favours the leg side with ferocious slog-sweeps, pulls and mows, but can also be adept at hitting the ball over the off side. Did you see that drive over extra-cover that brought up his hundred? He followed it with a 64-ball 94 in a chase in Visakhapatnam, and could well be one of the hottest buys at the IPL auction next month.

In a display of outrageous six-hitting against Trinbago Knight Riders, Rutherford smoked an unbeaten 45 in 13 balls: 6 6 6 1 0 1 1 6 6 2 6 1 4 – this, when Guyana Amazon Warriors needed to run down 155 in 15.3 overs to have a second crack at the CPL final. He and Hetmyer ensured they chased it down in 14.1 overs in a blaze of sixes. Rutherford’s power-hitting fast-tracked him into West Indies’ T20I squad and the Bengal Tigers T10 league side, which is coached by Stephen Fleming, who also coaches Chennai Super Kings at the IPL and Melbourne Stars at the BBL.

Allen first grabbed the spotlight when he tore to his left from sweeper cover as a substitute fielder for St Kitts & Nevis Patriots and pulled off a blinding one-handed catch at the edge of the boundary in CPL 2017. It earned him the top spot on ESPN Sportscenter’s Top 10 Plays. Then, in his maiden CPL innings in 2018, Allen struck an unbeaten 64 off 34 balls to lead Patriots past Tridents. He was also at it in the Global T20 Canada, making 169 runs in five innings at a strike rate of 181.72. Allen can also bowl left-arm darts, which makes him a valuable two-in-one player, particularly in T20s.