Guyana suffered their first loss of the tournament going down 5 – 2 to Curacao.

In the 18th minute Alpha United’s markman Sheldon Holder scored to level the score 1 – 1. Curacao got back into the lead three minutes before the halftime whistle. They game was still on as Guyana look to stage a glorious come back from one goal down.

But things did not go as planned as Curacao continued to apply pressure on to Guyana and doubled their advantage in the 60th minute taking the score 3 – 1. Two minutes later the added another goal as Guyana’s shoulder began to drop with the score  now being 4 – 1 and less that thirty minutes to over turn the deficit.

In the 77th minute some home was restored as US based Brandon Beresford scored got the Golden Jags. With the score 4 – 2 Jags looked to try and build on the momentum but all home was two minutes before stoppage time Curacao added their fifth goal of the night to give them the 5 – 2 win. 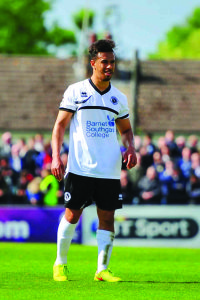 Cox started his career in the Tottenham Hotspur Academy, having previously captained their under-16 team. He joined the academy full-time in the 2007–08 season and during the 2008–09 season, Cox signed his first professional after making 24 appearances in the under-18s and two substitute appearances in the reserve team and he made Golden Jaguars debut in May 2015.